For 10% off your PPE order use coupon code: Chapel Hill Chamber

Access networks, knowledge, and a team of professionals dedicated to helping you thrive.

Successful businesses create successful communities and we are passionate about both. Get informed, get engaged, and make your voice heard.

Welcome to The Chamber's Election Hub, your one-stop-shop to demystify the elections and help you and your colleagues know who and what is on your ballot. Visit this page in the coming weeks for more information on the 2021 election season, which will include races for mayor, town council, and school board seats.

Q: How do I register to vote in NC?

Q: How do I learn about candidates on my ballot in NC?

Q: How do I vote in NC?  There are three ways to vote:

Q: Who do I contact if I have more questions?

The Chamber engages in the Primary and General Elections to ensure our members and friends have the information they need about the candidates and the process before they go to the polls.

Annually, The Chamber: 1) activates the Election Hub to share timely information, 2) hosts candidate and elected official event(s), and 3) coordinates videos through the (un)forum and conducts survey(s) to reveal candidate positions on issues that matter to the local business community.

For questions about the Chamber's election activation, contact Chamber Vice President of External Affairs, Katie Loovis, at (919) 696-0781 (cell) or kloovis@carolinachamber.org.

Voters in Greater Chapel Hill-Carrboro had dozens of candidates for federal, state, and county races on their ballots in the 2020 Elections. The Chamber activated to ensure members and friends had the information they need about the candidates and the process before they go to the polls, and shared answers to the following common questions.

2) Who is on my ballot?  There are dozens of candidates for federal, state, and county races on your ballot this election.  Access your sample ballot.

3) How do I quickly learn about each candidate?

4) How do I Register to Vote?  Registering to vote is easy and can be done: 1) online through the DMV, 2) by mail, or 3) in-person at Early Voting sites with proof of residency. *Note: If would like to vote in the 2020 General Election and are not yet registered, then the remaining option is to register in-person using same-day registration in your county during early voting (Oct 15-31, 2020) (source).

5) Who do I contact if I have more questions?  For additional information, contact your County Board of Elections (Orange County, Chatham County, and Durham County) or the NC State Board of Elections.  You may also contact Chamber Vice President for External Affairs, Katie Loovis, at kloovis@carolinachamber.org.

What: Primary elections are a process in the Spring for voters to indicate their preference for a party's candidate in the Fall general election. Primaries are often punctuated with little interest and low turnout, but in Orange County (NC), where many more Democrats are registered than Republicans, the winner of the spring primary almost always wins the general election.

When & Where: The 2020 Primary Election was on March 3, 2020 and early in-person voting began Feb 13, 2020. To find out where and when to vote in-person, simply type your address into this search engine (determines your polling place based on your precinct).

Who: See the list of candidates who filed to run for office in Orange, Chatham, and Durham Counties. There are several seats in-play, including:

Meet the Candidates: The Chamber offered several ways to get to know the candidates on your ballot:

More: The following are helpful links to better navigate the election process:

VIEW RESULTS FROM THE 2018 GENERAL ELECTION

What: This Election Hub served as your one-stop-shop for the 2018 elections. Scroll down for five important resources provided to demystify the election process and help Chamber members and employees know who and what was on their ballots.

Who: The Chamber tracked the following races:

State of Play on the 2018 General Election:

State of Play on the 2018 General Election Ballot

Sources: Town of Chapel Hill and Orange County Board of Elections 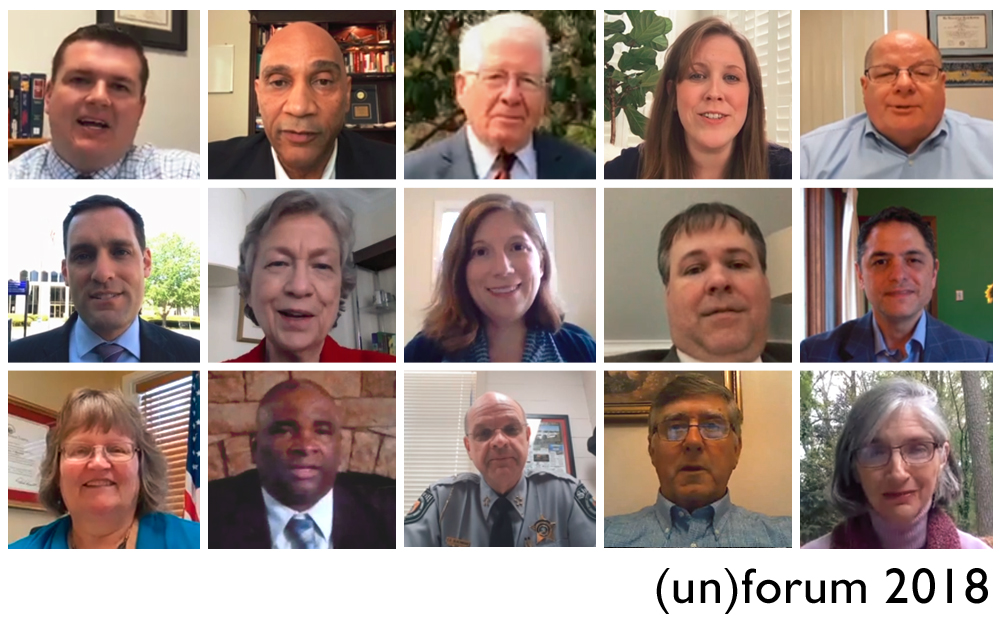 Primaries: Primary elections are often punctuated with little interest and low turnout. But in Orange County, NC, where many more Democrats are registered than Republicans, the winner of the May primary almost always wins the general election in November.

Bottom line: Primaries matter in Orange County. Since local leadership is often determined in the May primary, Chamber members asked us to, once again, ramp-up our primary engagement. We did several things to ensure our members knew what offices were up for grabs and how candidates aligned with positions that mattered to our business community.

Races: The following are the races we tracked:

​
Get to know the newly-elected officials:

For better or worse, elections have consequences. To ensure our members are connected, informed, and engaged during the election cycle and beyond, we offered the following:

In the 2016 election cycle, the Chamber:

The Election Hub is curated by Katie Loovis, Vice President of External Affairs, The Chamber For a Greater Chapel Hill-Carrboro. For questions about elections, government affairs, public policy, or advocacy, contact Katie at: 919.696.0781 (mobile) or kloovis@carolinachamber.org.